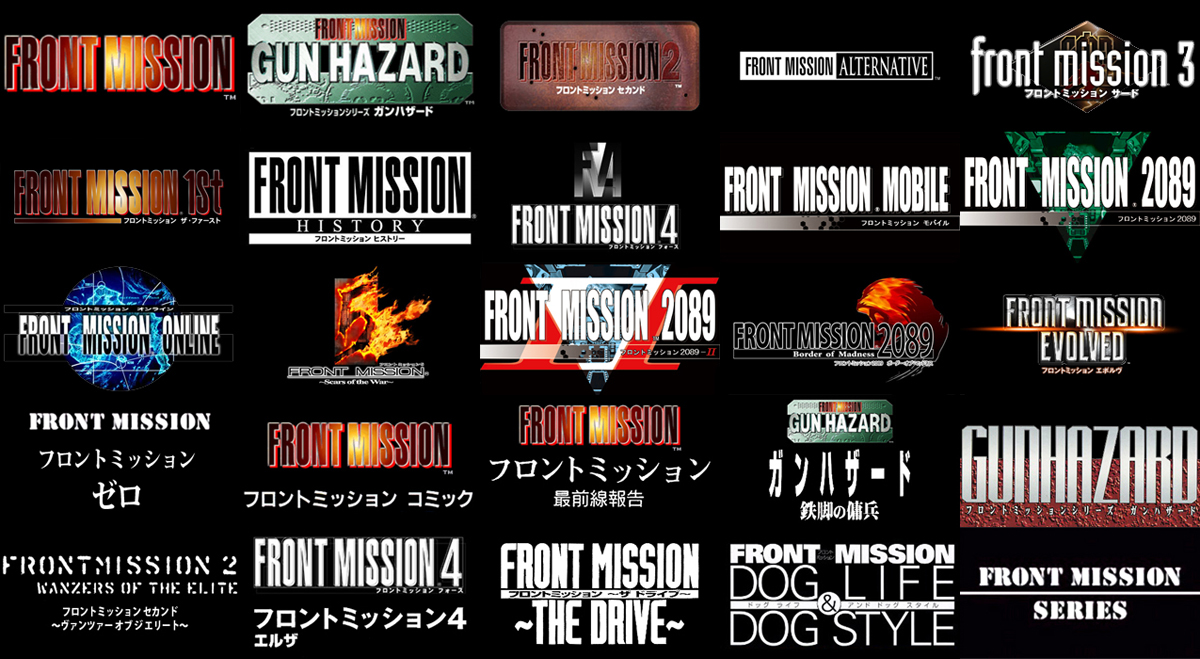 Over One Million visitors and counting!

A pandemic can't bring a good Wanzer down!

You can help keep the site online by donating via our sister project https://projectnemo.net/donate.shtml

The project blog is online (has been for a while actually :)

Time sure does fly fast because today is our 6-year anniversary since we began the Front Mission 5 translation project!

Since we began that project and continued with other projects, we've gotten nearly 800,000 visitors who wanted to know more about the world of Front Mission. It's a mighty impressive number and we're hoping that one day, we can hit the golden 1 million mark!

Take a look at our latest blog posting for our thoughts of our 6-year journey to learning more about the world of Front Mission!

A Tribute To Front Mission

We have added some commentaries on our part on the Tribute page now. Please check it out!

Hello, everybody! We have finished our site maintenance tasks and have uploaded the final patch for Front Mission 2. You can also download it from our project blog and on our Downloads section.

Also, we have released our tribute package for the Front Mission franchise. Be sure to check out the page on our project blog for more commentary on this!

Please read our Tribute page on our project blog for more details. As we are currently doing site maintenance, you can also find our final patch for Front Mission 2 in there as well. The final patch will also be available for download here when we have completed our site maintenance.

Hello, fans! We apologize for the lack of communication over the past few months. The team has been very busy with real-life commitments and have had little time for other things. Anyways...

Due to the programming difficulties, we have decided to stop development of our Front Mission 2 project. The remaining 30% of the text reinsertion has proven to be more difficult than expected. We would need to invest a significant amount of time to crack the encryption, and none of us on the team have that kind of free time any more.

That being said, we will polish up the current patch and will release a new revision in the near future. Don't forget that the patch package includes a supplementary script for the remaining 30% of text, so you'll still be able to get the full story experience!

All products featured on this website are registered copyrights and trademarks of their respective owners and creators. All information presented on this website is used strictly for educational purposes. © 1994-2012 Square Enix Co., Ltd.